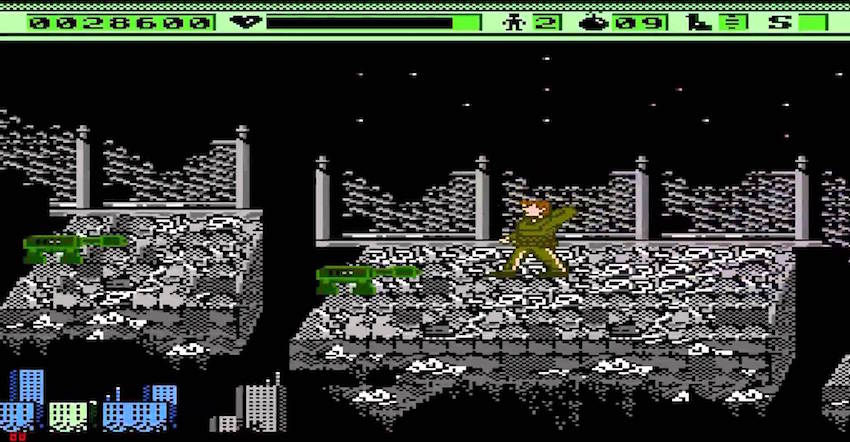 This is my opinion, of course. Let’s get this crapfest started:

ICE CLIMBER:
Very difficult to controller/maneuver your character which relates to a horrible experience over all. If I have a two-player game that my wife won’t even play with me due to control issues, it will have to go into the crappy column. In a positive light, Nana and Popo are too cute for words.

CONTRA FORCE:
Being a Konami game, I had higher expectations. The controls overall were difficult and stiff at times. It feels like you have to press twice as hard to aim your gun in certain diagonal positions (down and left or right) not to mention that you can only shoot these directions while jumping. Second to this are the graphics! Where did Konami get this idea from? Seems like they gave up on Contra Force due to the success of Alien Wars and Super C, but I digress …

DEVIL WORLD:
Although this rosary-bead-eating dragon looks like a fun, playable character, the rest of the game eats crap. The only way you can get the beads are by getting the cross. Once you get the cross, the little demons can be burnt with your dragon fire. I am not a fan of the game-play style either. This game really has no appeal to me nor replay value.

DOUBLE DRAGON 4:
Where do I begin with this atrocity? OK, I got past the title screen; next… Level 1… how do you defeat the motorcycle enemy? I gave up after dying a few dozen times. Honestly, I had a hard time watching the intro demo let alone playing this game. The intro sucks and the title screen is reminiscent of a horrible Commodore 64 Double Dragon port. Hell, it is horrible for a VGA 386 port.

SANSARA NAGA:
Cool name, whatever it means, crappy game. This Final Fantasy/Dragon Warrior RPG wanna-be had potential … until I started playing it! Your village kicks you out because your ostrich egg was stolen in the night which sets you on a course for an adventure in Crappy Land. There were only three character types I could kill during the first five minutes of game play before I got to enemies that took 40 and 50 HP and had to start over a dozen times. No thank you.

THE TERMINATOR:
Now this game could have gone in so many directions, but it really reminds me of every side scroller that utilizes jumping and shooting. However, the buttons are reversed for these actions, which really screw with your head while playing and the control is not that great (for me, anyway). Over jumping, under jumping, getting stuck on enemies, etc. I would rather play The Predator or Total Recall, but they aren’t on this cart and would also make my crappy list.

TMNT:
This game had so much potential, but needing to get a game out for a promotional tie-in to a cartoon was more important than actually making a good game. The tie-in wasn’t really even a tie-in, IMO. Krang and Shredder, BeeBop and Rock Steady were in there with foot soldiers and a few other necessary characters thrown in but it didn’t really seem like a Turtles game; not to mention the buggy controls that just wouldn’t stop. Controlling your turtle in a lot of levels is difficult. (Don’t get me started on the dam.) Getting hit by the steam rollers is instant death even when you aren’t next to it! I have played it through, though, and with great discontent and anger. There was no way this crappy game was going to get me down! Oh, yeah, the jetpack enemies … Where did they come from?!

That’s my list of the 7 Bonus Crappy games on the NES 143-in-1 Multicart.
What’s yours?
Hit me up at jeremy@1UpRetro.com